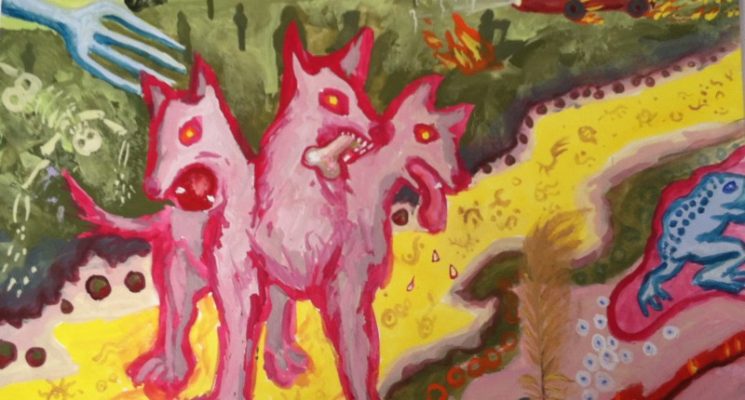 Journeys in the Underworld – Reclaiming Special Powers by Going Deep Down

These past few months have been a long journey down, down, down. I keep wondering how much deeper down I can go, when a ravine will open up in a painting, plummeting me further down. Sometimes its a crack, sometimes much bigger. Either way I’ve now accepted the only way through this journey is to keep taking each portal down.

I’ve been finding important parts of myself along the way. Scary images appeared, hungry mouths, watchful eyes, lots of bones. A gold cage appeared, and it wasn’t until after the hand appeared in the cage that I found I’d reclaimed a missing part of myself, and began to write, in earnest. (The realization is almost always after the fact, not during. In fact it was a few weeks later that I realized what soul part I’d reclaimed – my youthful love of writing!)